We host weekly live music performances and comedy with talented musician and bands from all over the world. At the Rocksteady we are keen to introduce both established and upcoming artists. 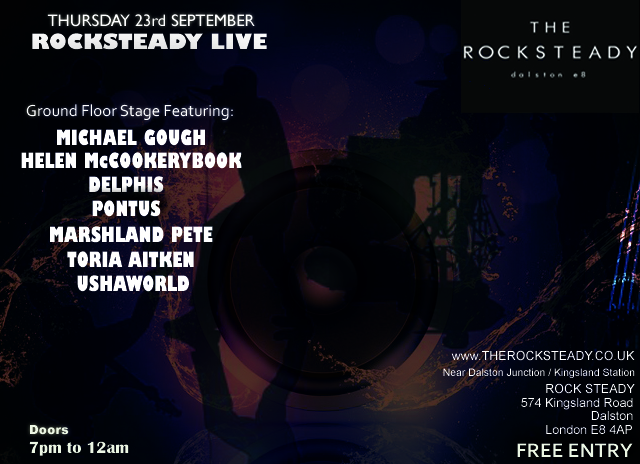 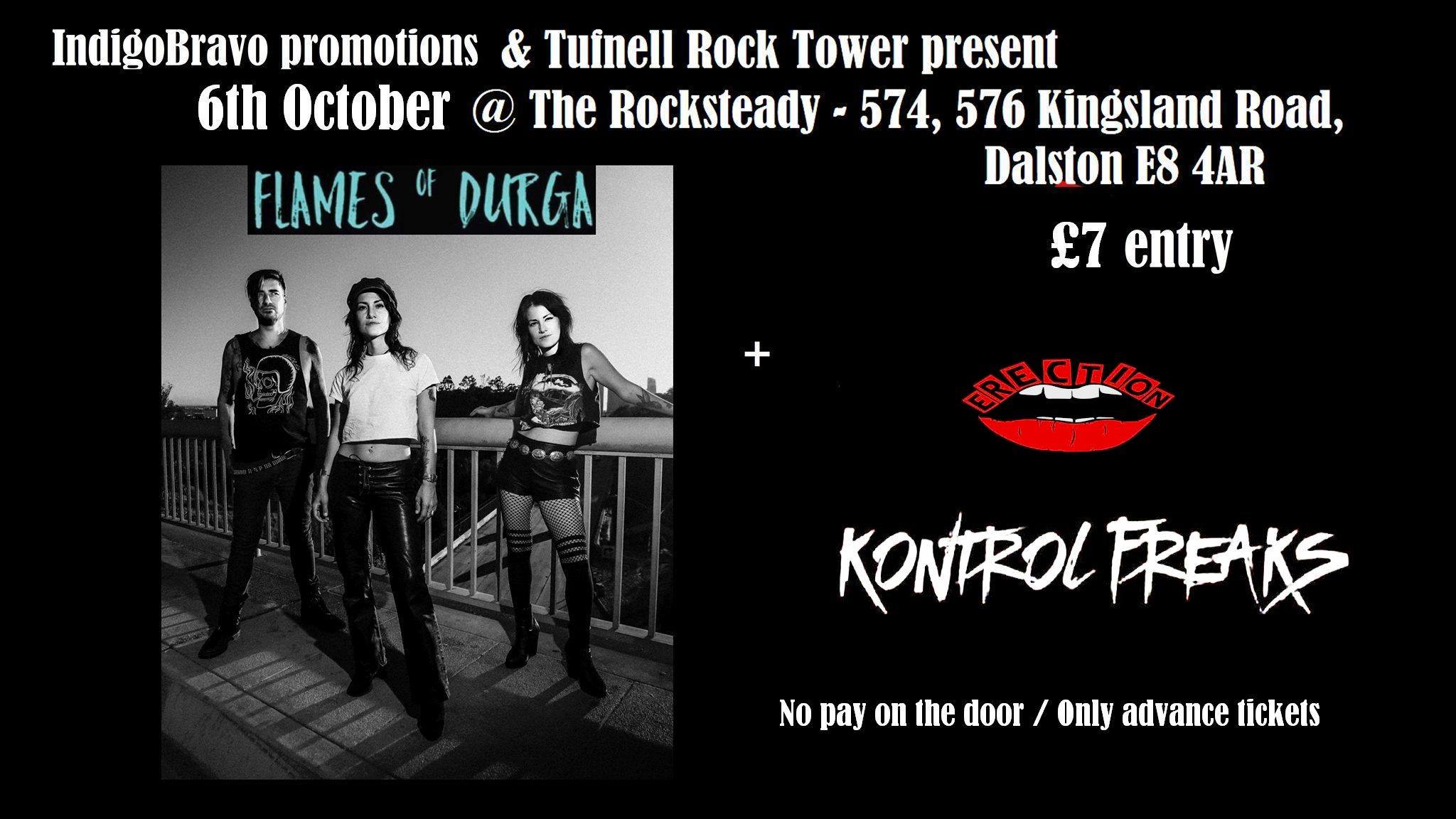 Tufnell Rock Tower and IndigoBravo promotions proudly present :
£7 entry – with :
Flames of Durga – Flames Of Durga is a heavy rock n’ roll, grunge band formed by LA native twin sisters, Beah and Cecilia Romero, who’ve wrote songs together since childhood. They went through a near death experience together and knew it was the “wake up call” they needed to start a band. Now they have joined forces with their drummer Nate Million. This power trio has a lot to say and their original music channels that passion with gut wrenching howls and melodies. Their live show includes synchronized head bangs, heavy distortion, layered vocals, loud drums and ripping bass, coupled with sweat and raw emotion.
Flames Of Durga is getting ready for their Spring Tour ’17 in support of their new “Blindfolded” EP. FOD is also going back into the studio soon to record new, unreleased songs for their first full length album.
Stay tuned, Flames Of Durga is a force to be reckoned with and not slowing down anytime soon.
Press:
JANKY SMOOTH:
“For just three people on the stage, Flames of Durga generate an immense sound that resonates, almost visibly through the room.”
http://www.jankysmooth.com/flames-of-durga-ep-release…/
Grimy Goods
HOT BAND ALERT: FLAMES OF DURGA — LIKE TWO MAENADS TAKING PART IN A RITE OF DELIRIUM
“Like two maenads taking part in a rite of delirium, twin sisters Beah and Cecilia Romero of the new East Los Angeles band, Flames Of Durga sure know how to put on an impressive rock show. Not only do these fierce brunettes deliver those early female punk vibes (think Babes In Toyland and Bikini Kill), but they’re quite easy on the eyes. Without a care of their sweaty bodies and matted hair, the ladies of Flames Of Durga will get on the floor in the style of early Iggy Pop, letting out gut-wrenching howls as they immerse themselves into their punk madness.”
www.grimygoods.com/2014/11/18/hot-…male-punk-band/
ERECTION – that’s juicy PPP punk from Regensburg. Or long:
Pussy-penis-power-punk! The troupe stands for their authentic art, the frivolous lyrics and pulsating songs that should joyfully erect or moisten every lame step within a second. But what kind of people is hidden behind the musical wonder dream? There is Borderlina Julitschka on vocals, baptized in alcohol by Lemmys Graces, and Alexy, who emerged directly from Botticelli’s “Birth of Venus”, on drums. This unholy duet is flanked by Schtifn J. Firebird – the already known sex god of the group Johnny Firebird – and the chaotic bass: Tino with the big dino.
ERECTION:
This is sex, this is the future, this is rock’n’roll! Swing!
​Kontrol Freaks – Hard rocking four piece band from North London, Kontrol Freaks combine the upbeat excitement and energy of hard rock heritage with a brazen modern spirit.
“Monster vocals and a band we definitely need more of” – TotalRock Radio

The Mann and I – 10pm – https://www.facebook.com/TheMannAndI/ 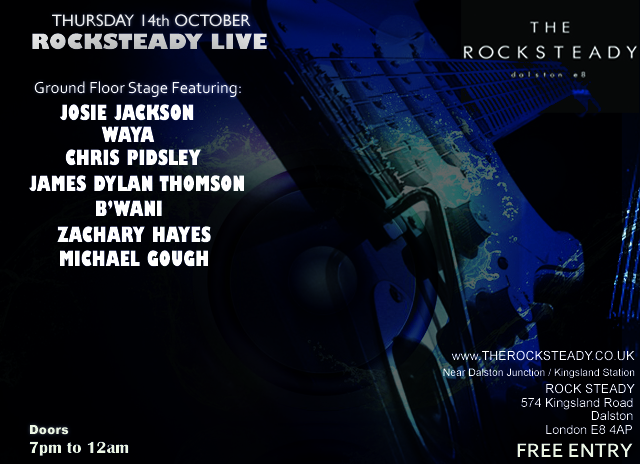